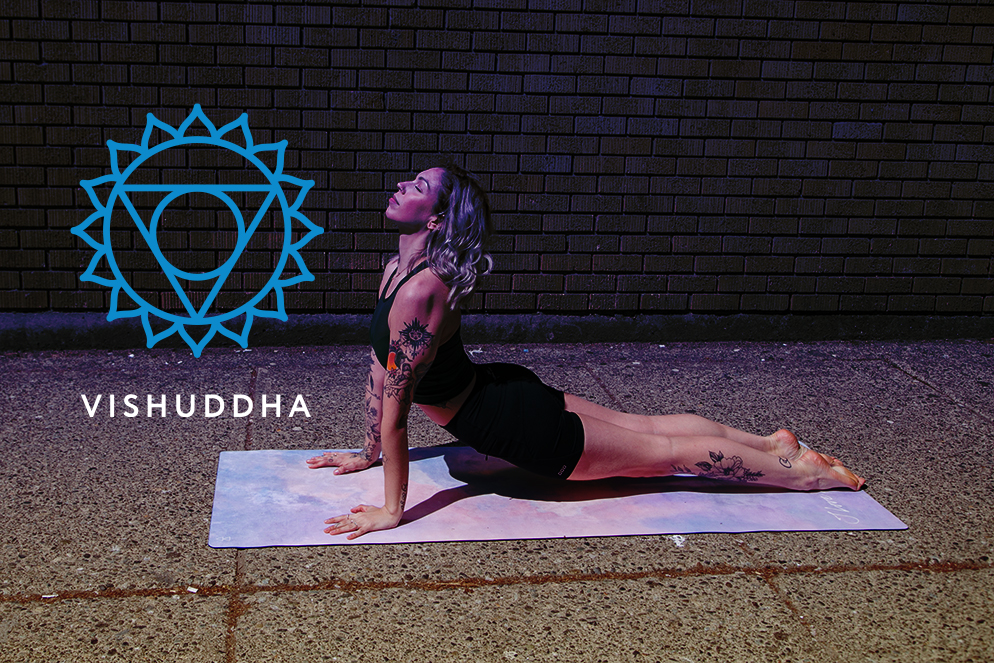 Connect with the importance of speaking your truth and actively listening to others.

If you’ve ever been interested in where the energy in our body resides, and how this affects us in our day to day lives, you might be interested in learning more about the ideas of chakras. Some believe that as our energy flows through our body, it gathers at points known as chakras which help balance this energy. Ideally, energy would be free to move through these points, which is referred to as the chakra being open. But, as we’ve seen as we looked at the first four chakras (link to other articles) blockages in these chakras are considered to lead to many unwanted consequences. The fifth chakra – the throat chakra – is no different.

The fifth chakra, known as the throat chakra or vidhuddha, meaning “especially pure”,  is the first of the “upper chakras of spirit”. Whereas the first three chakras were centered in the physical world, and the heart chakra served as the connector, the throat chakra, along with the following two are more connected with our spirit.  This chakra is located in the throat, but also includes the tongue, lips, thyroid, and parts of our necks and shoulders. The throat chakra is connected with the color blue, and the symbol of a inverted triangle inside a sixteen petal lotus.

The throat chakra is considered the “communication hub” of the body. When we consider how much of our life depends on our ability to communicate effectively with those around us, it becomes clear that being connected to our throat chakra could play a vital role in your world. While this chakra is literally in the throat which provides a main form of communication for many, it symbolizes and affects not only verbal communication, but all forms of self expression, sharing, hearing, and being heard. If you feel you are struggling with communication, you’ll want to address the throat chakra, but also the preceding physical chakras which help to support this one.

The Importance of the Throat Chakra

Communication plays an essential role in all of our lives. The throat chakra can affect how well we are able to connect with this need – to communicate clearly, to be understood, and to understand others. As Georgina Siddall explained for Vitalita, when her throat chakra was blocked her “needs weren’t being met because (a) people aren’t mind-readers and (b) [she] was too scared to speak up”. Often, it seems like life would be easier if people just knew what we meant without it having to be said. But, relying on people properly interpreting you allows a lot of room for error. If you find yourself hoping your hints will be understood instead of saying what you mean, it might be because of your throat chakra.

How to Tell When Your Throat Chakra Is Blocked

So, if you’re having trouble communicating, you may want to give some thought to the state of your throat chakra. Having trouble speaking isn’t the only hint that this chakra may need some attention either. A blockage in your chakra could present itself as a fear of being misunderstood through your opinions. And, whereas an underactive throat chakra can present as difficulty speaking up, speaking too much could also be a sign of an unbalanced throat chakra. If you’re talking all the time and never listening, or unable to consider other viewpoints than your own, this could also be related to your throat chakra.

Putting Focus on Your Throat Chakra

If you think that you’re exhibiting some of these behaviors, or simply want to make clear communication a bigger focus in your life, you might consider utilizing practices in your life which can support your throat chakra. In yoga class, this includes poses that stretch the neck, such as camel pose, bridge pose, bow pose, and lion pose. Focusing on your throat health,  such as by using throat herbs, or using your throat in practices such as chanting and singing can connect you to your throat chakra. Another approach can be putting a focus on strengthening your communication skills within yourself, such as by repeating affirmations or developing a journaling practice. Take the time to think about how you communicate in your day to day life, and ask yourself what your yoga practice could do for you to improve these communications.