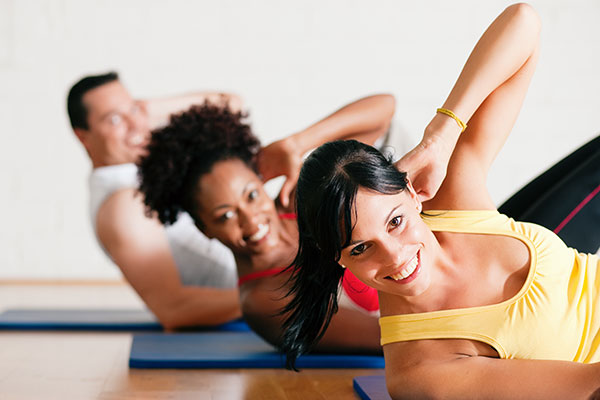 Sometimes going to a Yoga class can be like entering a foreign country where everyone speaks a different language!  Nama-who?  Don’t worry and please don’t be intimidated.  I’m here to clarify some of those crazy words!

These words we use in yoga class are in Sanskrit.  Sanskrit translates to refined speech and it is the ancient language of India.  Although it is no longer used in conversation it is used in teaching yoga because yoga was developed in Sanskrit. Many of these words do not have a clear and concise English translation so we continue to use the Sanskrit word.

Yogi- A male who practices yoga.

Yogini- A female who practices yoga.

Drishti- A point that you gaze at softly, used during asana practice.

Om- The original syllable used to connect to the divine; chanted “A-U-M” at the beginning and/or end of many yoga classes.

Chakra- Chakra translates to wheel.  In Yoga, they are the centers of Prana (energy) in the subtle body of a human.  There are many Chakras throughout the body with 7 main ones running up the torso of the body.

Savasana- Corpse pose.  This is the final conscious relaxation usually done at the end of a yoga class.  Savasana is also a pre-cursor for meditation.

Sangha- Community, an important concept in yoga.  Since yoga is about connection, we strive to connect to people in our community. For Yogis, it is imperative that we help and support one another on our journey.

Surya Namaskara- Sun Salutations a series of yoga postures done in a following pattern.  Traditionally, these are done facing the East as the Sun rises.  In the modern day yoga class these are usually done at the beginning of practice to warm-up the body.

Namaste- In India this is a spiritual greeting used when saying hello or goodbye. It is challenging to translate the full heart behind this word however the following poem does a fairly good job.

I honor the place in you?in which the whole Universe dwells.?

I honor the place in you?which is of love, of peace, of beauty   and of truth.?

When you are in that place in you,?